Source: RUDN University
A team of chemists from RUDN University suggested a new reaction to produce organic compounds in one vessel. The end products turned out to be effective against the cells of carcinomas, including drug-resistant ones. The new reaction was described in the Bioorganic Chemistry journal.
Share 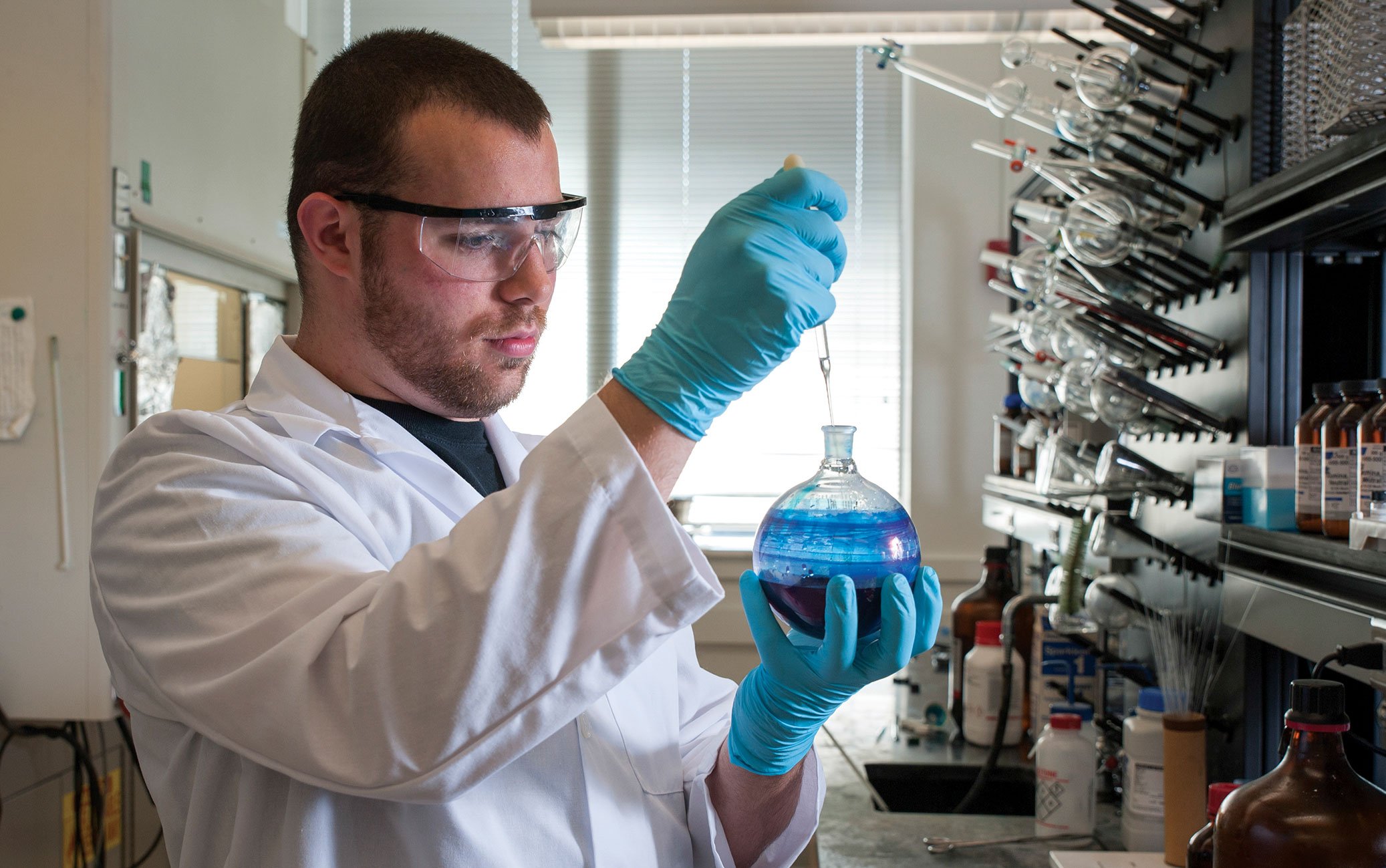 For many organic substances synthesis is a multistage process of step-by-step molecule assembly. At each stage, only one chemical bond is formed. After each step, the product is purified and used in the next reaction. Domino reactions are a cascade of reactions that happen one after another in one vessel without any additional reagents. A team of chemists from RUDN University in collaboration with University of Bari, identified a number of substances that initiate a domino synthesis of chromenoisoquinolineamine derivatives. Similar compounds are used as anti-inflammatory and antitumor drugs, and some of them can potentially treat Alzheimer's disease.

The team suggested using salicylaldehyde (a derivative of salicylic acid) and homophthalonitrile and catalyzing the reaction with ammonium formate that is cheap and eco-friendly. The initial reagents were mixed with water and isopropyl alcohol and put into a microwave reactor where the mixture was heated up to 150°C for 20 minutes. The researchers used salicylaldehydes with different substituents and as a result, received 19 derivatives of chromenoisoquinolineamines with 43-85% yields of respective reaction products.

To analyze the medical potential of the new substances, the chemists tested their effect on human cancerous cells. Cisplatin that is used in chemotherapy and is known to kill tumor cells was taken as a benchmark for comparison. The team chose the cells of breast and colon cancers, as well as three strains of ovary cancer cells (two of which were cisplatin-resistant) for the test. All new substances turned out to be toxic for tumor cells, including the resistant strains. The researchers selected two compounds that proved to be efficient even in low concentrations and ran computer modeling. According to it, the reason for their efficiency was an additional amine group that forms a stable bond with the nucleotides of the cancer cells DNA.

"In our work, we searched for new compounds with promising therapeutic properties, as well as for ways to synthesize them. Our approach allows for the synthesis of tumor-combating substances in the course of one domino reaction that is extremely efficient: four new bonds are created within one synthetic operation. We worked together with our Italian partners, and the study was supported by the Russian Science Foundation. In the future, we plan to improve our methodology and develop three- and four-component reactions on its basis," said Alexey Festa, a Candidate of Chemical Sciences, and a senior lecturer at the Department of Organic Chemistry, RUDN University.