Pesticides Accumulate in the Fat Tissue

Source:
Pesticides are accumulated in bodies with high fat content. This conclusion was made by the scientists from the Far Eastern Federal University (FEFU) that have been studying seabirds and marine mammals of the Sea of Okhotsk and the Bering Sea for several years.
Share 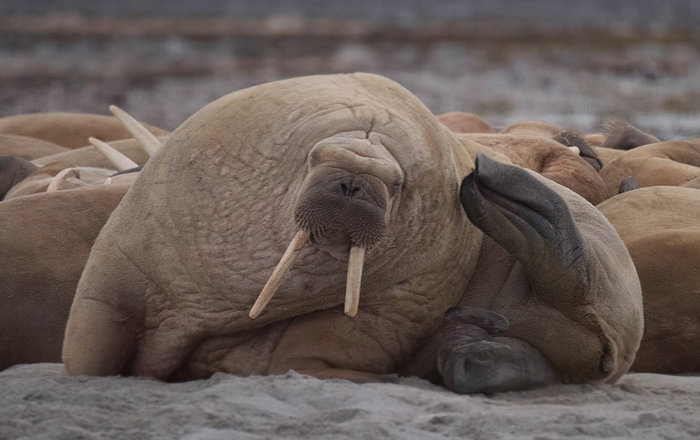 OCP are synthetic pesticides that are derived from chlorocarbon. They are widely used in the chemical industry and agriculture. OCP are highly toxic, have a long decay period, and can be accumulated in the fat tissue and internal organs of living bodies. Many of these substances, such as DDT (dichlorodiphenyltrichloroethane) and its metabolites are included into the “Dirty Dozen” developed at the Stockholm Convention.

The scientists concluded that the higher the place of an organism in the food chain is, the more toxins can be accumulated in its body. The study also points out that long-living species accumulate in their organs more pesticides than the species that have shorter life cycles. For example, there are low pesticides in the bodies of small fishes, but in seabirds, mammals, and carnivores that eat such fishes the levels of OCP concentration are higher.

The scientists point out generally high levels of OCP concentration in the organs of seabirds and marine animals and specify that the level of pollution in the bodies of mammals was higher due to bigger fat content.

The concentration of OCP in the organs of the mammals from the Bering Sea is lower than in the organs of similar organisms from the other regions of the Pacific Ocean. At the same time, having evaluated the status of the ecosystems of the Bering Sea and the Sea of Okhotsk, the team concluded that the levels of pesticide pollution in this area are close to those in other sub-Arctic regions of the World Ocean.

The level of OCP accumulation in marine organisms is an important indicator of global environmental status. This parameter is taken into consideration in the course of both local and global environment monitoring. By studying OCP concentrations in the bodies of marine organisms with long life cycles scientists can determine the total level of pesticide pollution in the ocean. On the other hand, studying fish helps them to control local environmental status.

This is a the concentration of selected OCPs in organs of gray whale (A) and Pacific walrus (B). Source: Vasiliy Tsygankov

Among the sources of pesticide pollution listed by scientists, there are global atmospheric processes, as OCP have been found even in the bodies of the mammals that live in pesticide-free areas.

“Organochlorine pesticides are a serious threat for people, and the situation worsens with time. For example, due to the actions of China and India, the concentration of OCP in the Indian Ocean is constantly growing. The USA also produce pesticides for sale,” – comments Kirill Golokhvast, provost for research at FEFU and Doctor of Biology.

To study the samples taken from the organisms of seabirds and marine animals the team used method of the gas chromatography-mass spectrometry (GC/MS). This technology is considered the gold standard in the field of identifying chemical substances in basic and complex mixtures. The studied samples were homogenized, and lipids were recovered from the end material to be analyzed for the presence of OCP. The samples for the study had been collected for three years, from 2010 to 2013. The materials for the analysis included feathers of seabirds, their skin, liver, muscles, and bodies in general, as well as muscles and livers of gray whales and Pacific walruses.