Source:
An associate of the Faculty of Biology of Lomonosov Moscow State University studied the nervous system of adult phoronida using modern methods and presented new facts in the long-lasting discussion about the taxonomy of invertebrates proving that phoronids, barchiopods, and bryozoans are relatives despite earlier arguments. The results of the work were published in Scientific Reports. The study was carried out within the framework of the "Noah's Ark" project supported with a grant of Russian Science Foundation (RSF).
Share 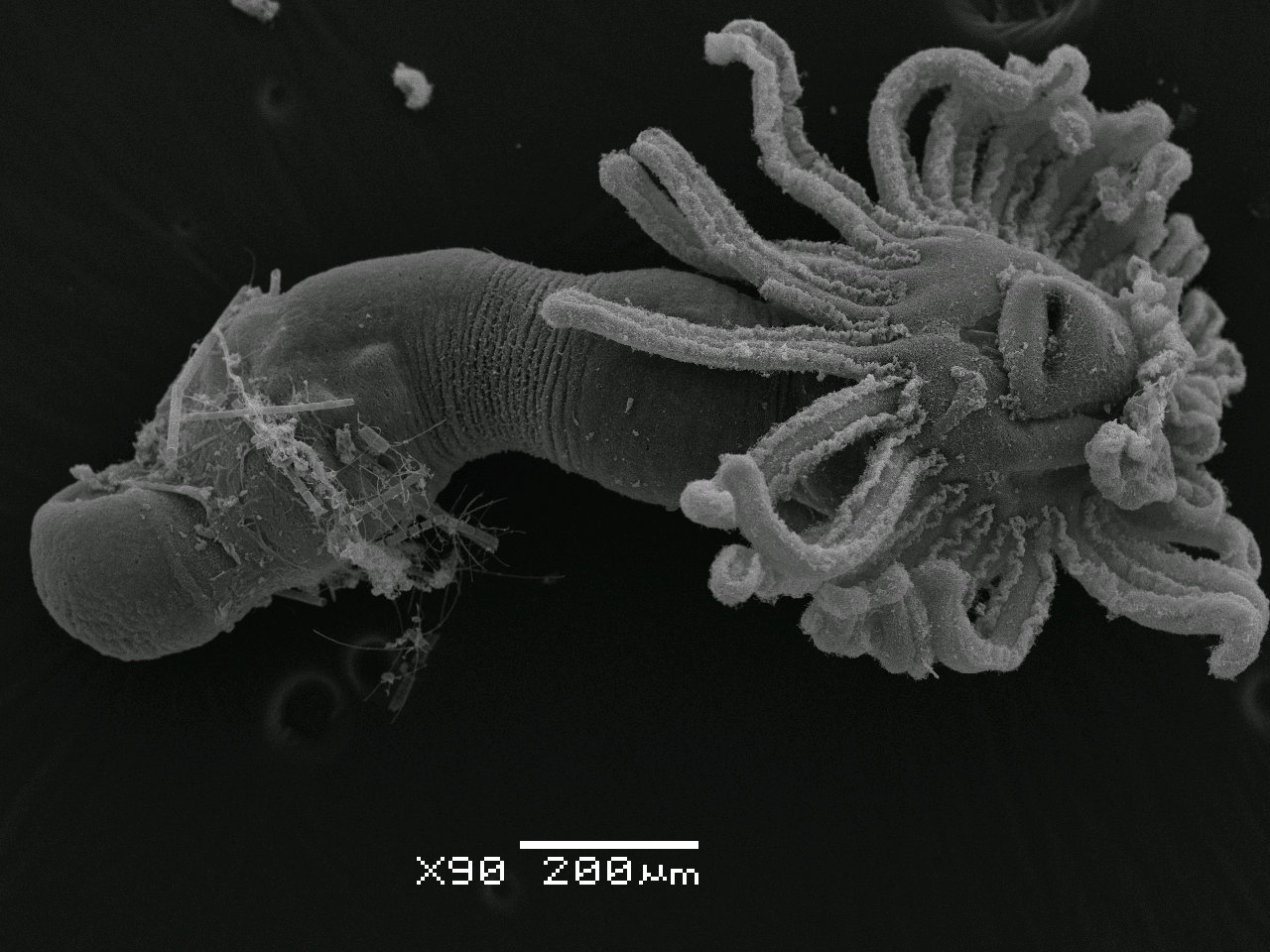 Phoronida is a poorly studied phylum of invertebrates. Although it only contains about a dozen of species, these animals are widely spread and can be found in all areas of the World Ocean except for the Antarctic region. Phoronids live everywhere from littoral (the area near the shore) to 400-600 meter depth. The size of tne body varies from six millimeters to 50 centimeters. The soft boby is covered by the chitinous tube, which is embedded into soft or hard substrata. The anterior end of the body bear the lophophore - a tentacular structure, which is exposed into water and used for many functions such as collection of food particles, brooding, sensory, etc.

All animals with the lophophore (Phoronida, Brachiopoda, and Bryozoa) were traditionally gathered into one large group called Lophophorata. However, animals of these three phyla look completely different: bryozoans are similar to cnidarian polyps and sometimes form moss-like carpets (that is why they are also called moss animals); Phoronida resemble annelid worms, and brachiopods have shells that make them look like clams. Even the organs that unite them, the lophophores, are organized differently from each other: some have just a crown of tentacles, in others tentacles are located spirally or form a helicoidal coils. But all these animals have sessile type of life, are attached to substrate, and feed in similar manner.

For many years, scientists have been arguing whether these types are related. In the past 20 years genetics and molecular biology were included into the range of zoological methods. The genomes of bryozoans were slightly different from those of Phoronida and brachiopds, and biologists started to believe that the former type was unlikely to be closely related to the latter two. Still, they did not know how to regard bryozoans. Some considered them as sister group of all bilaterians (the animals in which the right and the left halves of the body are similar), and some included them into united group with other small colonial animals.

"Based on these data we've supposed an idea that Phoronida and moss animals had originated from the common protophoronid ancestor. This conclusion based on morphological data contradicts the results of molecular and genetic studies conducted by other scientists," said Elena Temereva, doctor of biology, professor of Russian Academy of Sciences, and leading research associate of the department of invertebrate zoology at the Faculty of Biology, MSU.

"This work establishes the phylogeny of bryozoans. It is a conceptually important achievement for the understanding of the whole animal kingdom system and reconstruction of early evolutionary pathways of Bilateria," concluded Elena Temereva.