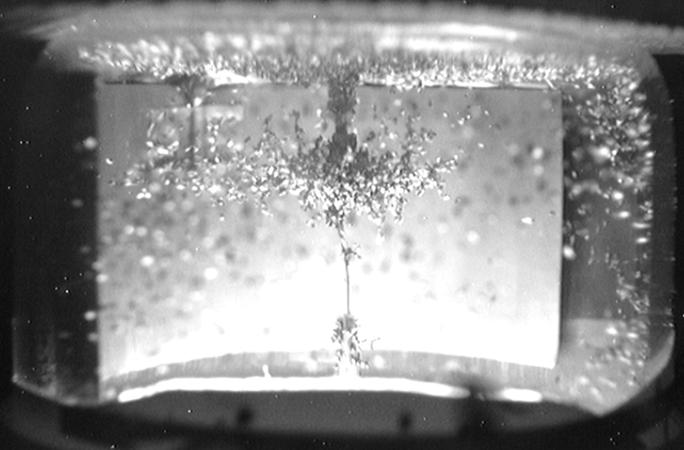 Matter in the cores of old white dwarfs and the crusts of neutron stars is compressed to unimaginable densities by intense gravitational forces. The scientific community believes this matter is composed of Coulomb crystals that form at temperatures potentially as high as 100 million Kelvin.

Denis A. Baiko and Andrew A. Kozhberov, research scientists at Ioffe Institute in Saint Petersburg, Russia, clarify the physics of these crystals in the journal Physics of Plasmas, from AIP Publishing. Results from research conducted under grants from the Russian Science Foundation.

A Coulomb crystal forms when bare atomic nuclei align into a lattice at densities and temperatures where the average kinetic energy of ions is about 175 times lower than the typical potential energy of Coulomb forces repulsions between them.

This study is the first simultaneous analysis of the effects of strong magnetic fields and electron screening on ion motion in a Coulomb crystal.

"This project is the most detailed description of these crystals to date," Baiko said. "This is especially important in astrophysics for our understanding of evolution of neutron stars and white dwarfs."

As a star exhausts its supply of hydrogen gas, it dies and succumbs to its own gravity. Stars, like our sun, die and form white dwarfs, while larger stars form neutron stars. Baiko was drawn to a realistic description of neutron star crust matter which led him to examine Coulomb crystals.

In the study, the researchers developed a series of calculations to examine the properties of phonons or vibrations within the lattice of Coulomb crystals. During the experiment, crystals of different densities were also exposed to a range of temperatures.

The team began with an ideal Coulomb crystal and incrementally added complexity -- a polarizable electron background, magnetization of ion motion and several lattice structures. Each of these effects changes the phonons in different ways. According to Baiko, these calculations can be used to understand thermodynamic, kinetic and elastic properties of Coulomb crystals in neutron star crusts and white dwarf cores.

In the future, Baiko and his team want to calculate electrical and thermal conductivities of electrons due to inelastic electron-phonon scattering in strongly magnetized Coulomb crystals. Thermal conductivity determines the rate at which heat is transported from the hot cores to the surface of stars, while electrical conductivity is required to understand magnetic field diffusion and drift. Such a calculation would make it possible to reconstruct thermal and magnetic histories of these fascinating stellar objects.

"What is exciting about this work is that one can take into account several diverse physical effects simultaneously and obtain new, enlightening and relevant results using rather modest means," Baiko said. "It's nice."