Source: Phys.org
Russian scientists with colleagues from the U.K., Spain, Brazil, Japan and Austria have fully described the mechanism of fungal luminescence. They report that fungi utilize only four key enzymes to produce light and that transfer of these enzymes into other organisms makes them bioluminescent.
Share 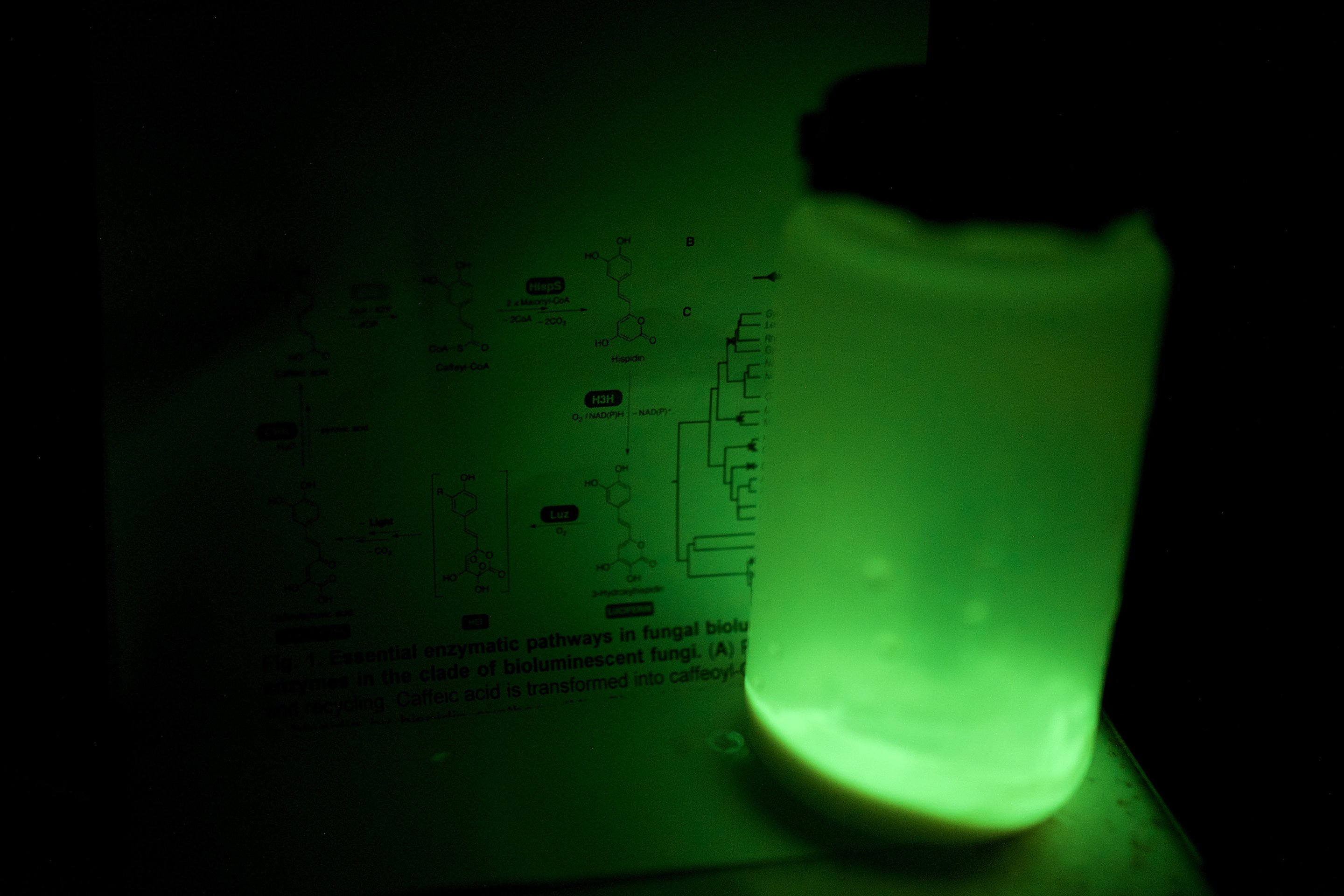 Some living organisms can glow due to special chemical reactions in their bodies. Such organisms are called bioluminescent; they include fireflies, jellyfish and worms, among others. They use this ability to attract prey, scare away predators, communicate and disguise themselves. Scientists have identified thousands of species of luminescent organisms and about 40 chemical mechanisms to emit light. Most of these mechanisms have only been partially studied, or not studied at all.

Decoding of the mechanism of fungal luminescence was made possible by years of preceding research in the field. In the early 19th century, scientists discovered that mycelium make rotting trees glow. In 2009, Anderson G. Oliveira and Cassius V. Stevani, co-authors of the present paper, determined that a single biochemical mechanism is shared by all fungi emitting light. In 2015-2017, a team of Russian scientists led by Ilia Yampolsky made a series of key discoveries. In particular, the team determined the structure of luciferin, the molecule that emits light when oxidized.

While conducting their new study, the scientists discovered a set of enzymes that produce this molecule, as well as luciferase, a light-emitting enzyme. The researchers used various types of cells to test activity of the luciferase, including human cancer cells and clawed frog embryos. In all cases, they obtained positive results: The gene introduced was active in cells, making them luminesce upon addition of luciferin

"If you understand how a bioluminescent system works, you can put the necessary components in a test tube and see luminescence. An important stage in our work was to identify the principal enzymes of fungal luminescence: those that catalyze biosynthesis of luciferin and the luciferase. We succeeded using a combination of analytical methods that allowed us to 'disassemble' the entire system into its components," says Konstantin Purtov, research fellow at the Institute of Biophysics in Krasnoyarsk and one of the researchers on the project.

The fungal luminescence system turned out to be surprisingly simple. Scientists discovered enzymes that perform the caffeic acid cycle in fungal cells—a pathway for the biosynthesis of luciferin and emission of light. Activity of these enzymes is necessary and sufficient for any caffeic-acid-producing organism to become luminescent. And if an organism does not contain caffeic acid, luminescence can be induced by adding two more enzymes, which the authors demonstrated by engineering a yeast strain that glows in the dark.

"We have discovered in fungi the components needed to create a genetic module for bioluminescence; by transferring it from genome to genome, we can make virtually any organism luminescent, which has previously been an unattainable goal for researchers," explains Alexey Kotlobay, the first author of the article, junior research fellow with the Laboratory of Chemistry of Metabolic Pathways of the Institute of Bioorganic Chemistry in Moscow.

According to scientists, even though much has been understood in the genetics of fungal bioluminescence, the most interesting things still lie ahead.

"The results of our study open up opportunities for new fundamental research, for instance, in fungal ecology or in the photophysics of enzymes, as well as for developing new molecular technologies," adds Yuliana Mokrushina, junior research fellow with the Laboratory of Biocatalysis at the Institute of Bioorganic Chemistry, who shares the first authorship in the published article.

The new system can be used for visualization of various biological processes, for instance, to track tumor growth and migration of cancer cells, as well as for developing new pharmaceuticals. The results of the study are published in the journal Proceedings of the National Academy of Sciences, supported by Russian Science Foundation. 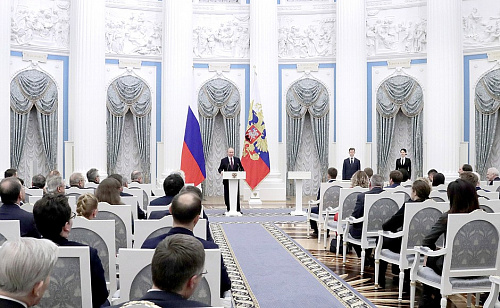