Source: Russian Government Press Office
On 5 January 2022, RSF Director General had a meeting with Russian Prime Minister Mikhail Mishustin to discuss the results of the RSF funding activities for the previous year, in particular, the selection of projects within the framework of the Presidential program of research projects and the reshuffle of the RFBR funding programs as well as the prospects for 2022.
Share 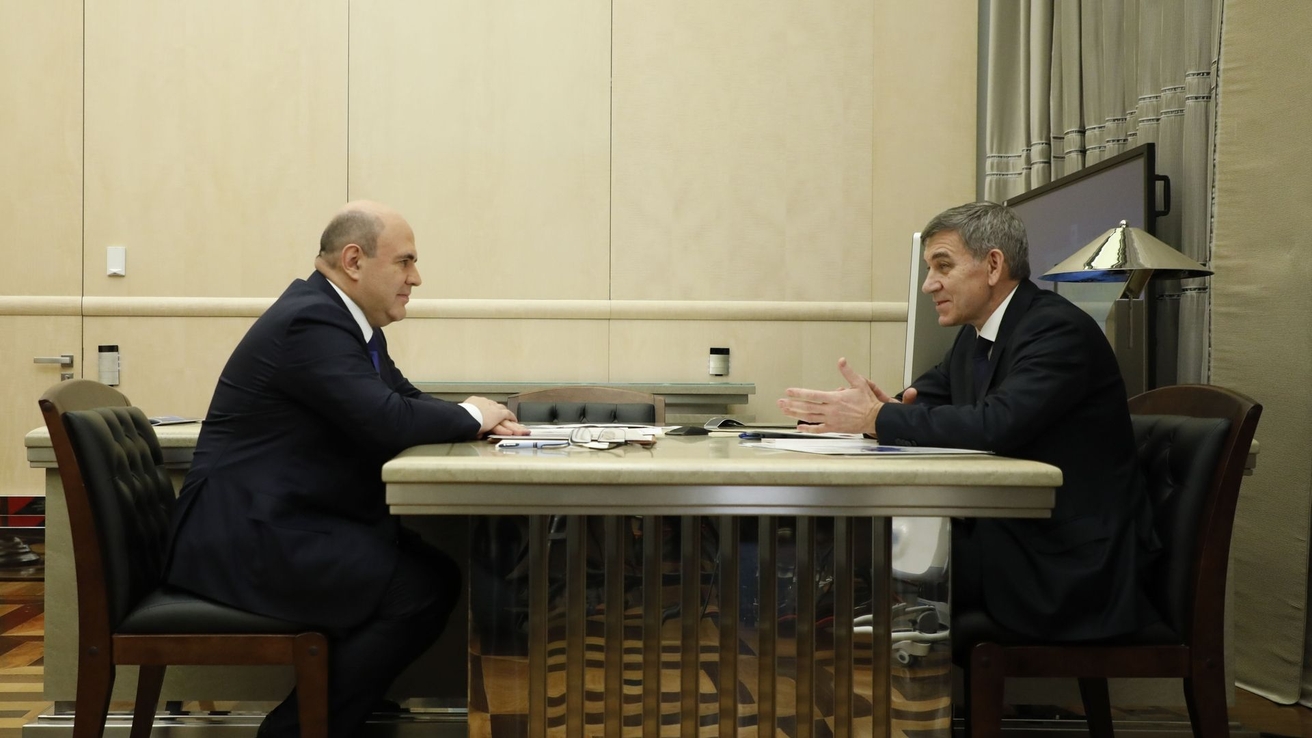 First of all, I would like to congratulate you on the upcoming Christmas, Happy New Year, and wish all the best to you, your loved ones and, of course, the Russian Science Foundation that you lead.

The Russian Science Foundation was established by the initiative of the President in 2013. RSF takes a great part in the systematic work of the state to strengthen the research capabilities of our country.

You also develop an advanced research infrastructure of Russian universities, which is without any doubt of the world-class level, and support young and talented researchers. But at the same time, the tasks of the foundation are not only to organize competitive calls for proposals and to provide grant support, but also to enhance the quality of research personnel, to create new research teams that stand out in their field, who determine the vector of both basic and exploratory research in all areas: physics, chemistry, biology, agriculture and humanities. The Russian Science Foundation funds, as far as I know, a very wide range of cutting-edge technology projects and programs.

Today, the majority (73%) of researchers who participate in RSF-funded projects are young scientists. Their approximate age is up to 39 years. And it is very important to create conditions so that they can reveal their research potential and can realize their ambitions. It is very important.

Alexander Vitalievich, I would like you to tell in more detail about the results of the RSF work over the previous year. How do you rate them? Which projects have been selected, including those of the President's Research Funding Program? And of course, about the prospects for the current year.

Alexander Khlunov: Thank you very much, Mikhail Vladimirovich, for your congratulations.

The past year has been very busy for us. I would like to report that we have supported 5,300 projects. This is a very significant figure. These are the best research projects in the Russian Federation. They are backed by 37 thousand researchers in Russia who work at the highest quality level.

And, as you rightly noted, 73% of the researchers we fund are young people. This provides the confidence that science in Russia is marching forward and will continue to develop.

We really support a large number of not only universities, but also academic institutions. There are 581 research performing organizations where research is carried out with our support.

In my opinion, those researchers who received support after a tough competitive selection really have all the conditions for the implementation of their outstanding research ideas - not worse than in the leading scientific powers. Last year, the RSF Supervisory Board increased the grant amount from 6 to 7 million rubles, which is about 100 thousand US dollars. These grant amounts are common in Europe and the United States. We have created for this category of science citizens - this is only, unfortunately, maybe 10% of the whole research community in Russia - very, very good conditions for doing research here, in our country, to obtain high-caliber results.

There are some particular research achievements of the past year that have an applied nature.

Last year, the Russian Quantum Center published an interesting result, it was achieved together with Swiss scientists: we managed to make a detector that analyzes the air exhaled by a person. This is a miniature spectrometer that can detect the early stages of diseases by analyzing the exhaled air. We look forward to continuing this work. This is an extremely important, significant, including its social impact, result.

The Center for Problems of Ecology and Forest Productivity of the Russian Academy of Sciences has managed to develop methods and technologies for remote sensing of the Earth. These are things in space that allow us to assess how intensely our forests are absorbing carbon. And this technology application was published in Nature, meaning it has been recognized by the global research community as a truly significant tool. In my opinion, this is extremely important from the point of view of further steps, including by the government, to reduce the carbon intensity of our industry.

Mikhail Mishustin: On behalf of the President, active work was carried out last year to reform development institutions. And it was decided to reshuffle the funding activities of the Russian Foundation for Basic Research with participation of the Russian Science Foundation. Here, I know, there were many questions. And you worked hard enough to preserve continuity in the first place. What worried scientists? I traveled a lot around the country, talked with scientists in Novosibirsk, Tomsk, Krasnoyarsk, Yekaterinburg. All of them were worried that it would be more difficult to receive grants, that something would change.

How do you plan to organize the work on the competitive selection of projects and the provision of grants to the winners? Many scientists are concerned about this.

Alexander Khlunov: I really agree that this reshuffle caused a rather sensitive response in the scientific community, which for many years has become accustomed to the massive grant program used to be provided by the RFBR. Under the leadership of the Minister of Science and Higher Education Valery Falkov, we signed a memorandum with the head of the RFBR. In this memorandum, we pledged to ensure continuity in order to allay these concerns from academics that have indeed been voiced out. And there were good reasons for such concerns. There were some not very clear plans, to what extent grants will be preserved, if at all.

The number of grants that we offered additionally last year to substitute previous RFBR grants is 1,822 and the funding is 2.7 billion - this is more than in previous years. In this regard, the concern, in my opinion, has been removed, and in January 2022 we will start funding so that all research teams will receive funds in January and can start their research projects in normal mode.

These are two-year projects. We will offer funding for such projects every year. And for 2023, in accordance with the financial plan, we plan not 1800 awards, but 2000, so the funding will be increased. Therefore, in this regard, the greatest concern of scientists has been resolved.

Mikhail Mishustin: Quite recently, at the Congress of Young Scientists in Sochi, the results of the Year of Science and Technology announced by the President were summed up. What were the most significant events of the year that the Russian Science Foundation took part in?

Alexander Khlunov: Concerning Sochi forum: we took part. We had a separate RSF-focused event, it was called the “School of the Russian Science Foundation”. There was also the RSF Supervisory Board Chairman Andrei Aleksandrovich Fursenko, there were also the chairmen of our three expert councils. And all three days we worked successfully.

We calculated that there were more than 400 grant recipients of the Russian Science Foundation. These are young people - in my opinion, very successful young researchers. It is not only pleasant to discuss issues of specific research projects with them, they also have a vision of how Russian science could develop in the future. It was a very substantive and interesting three-day discussion in Sochi. Many thanks to the government for organizing this event.

Mikhail Mishustin: Thank you, Alexander Vitalievich. I wish you success. 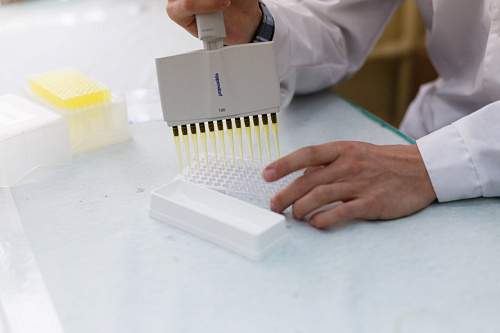 RSF-MOST Cooperation: New Call for Proposals
To facilitate the support of collaborative work between Russian and Taiwanese research groups, the...
Fund Read more 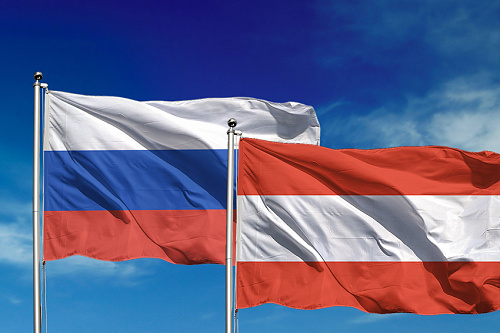